October 17th marks the kickoff for Inspire Unity’s dog project! Have you heard about the amazing organization you’ll be supporting?

You might know Logan Ryan as the 2 time Super Bowl champ and star cornerback who’s played for a few notable teams throughout the years. From Rutgers University to being a 3rd round draft pick in 2013 for the New England Patriots (I might add, also winning 2 Super-Bowls), Logan has had an impact on the game of football to say the least. What if I told you that Logan didn’t just have an impact on the game of football, but also on the animal welfare world as well?

Logan’s wife, Ashley, started off as a D-1 softball athlete (impressive genes in this family, huh?!). Post graduation she enjoyed teaching and coaching the younger generation her beloved game of softball, but… something was missing. As a young “NFL wife”, Ashley found herself in Providence, RI where Logan played for the New England Patriots and she blindly took a job at an animal shelter. This would change the couple’s lives for years to come.

After adopting their family pit-bull, Leonardo, the couple soon realized they had zero clue how to raise and take care of a dog. Along with getting proper training for their then two dogs, this inspired Ashley to get CPDT-KA Dog Training Certified on her own.

Prior to starting RARF, the couple worked with local shelters and rescues to identify a dog each month who had a hard time finding a forever home. Logan would run social media campaigns in order to find an adopter. After seeing instant success within the animal and football community, Logan and Ashley started RARF (Ryan Animal Rescue Foundation).

Today, the organization has raised thousands for animal welfare and continues to expand their reach each and every day, accomplishing their goal of increased adoption and education!

We can’t wait to see the impact each one of you are able to make with our upcoming project.

We’ll see YOU on the collage!

As I said above… Impressive “JEANS” 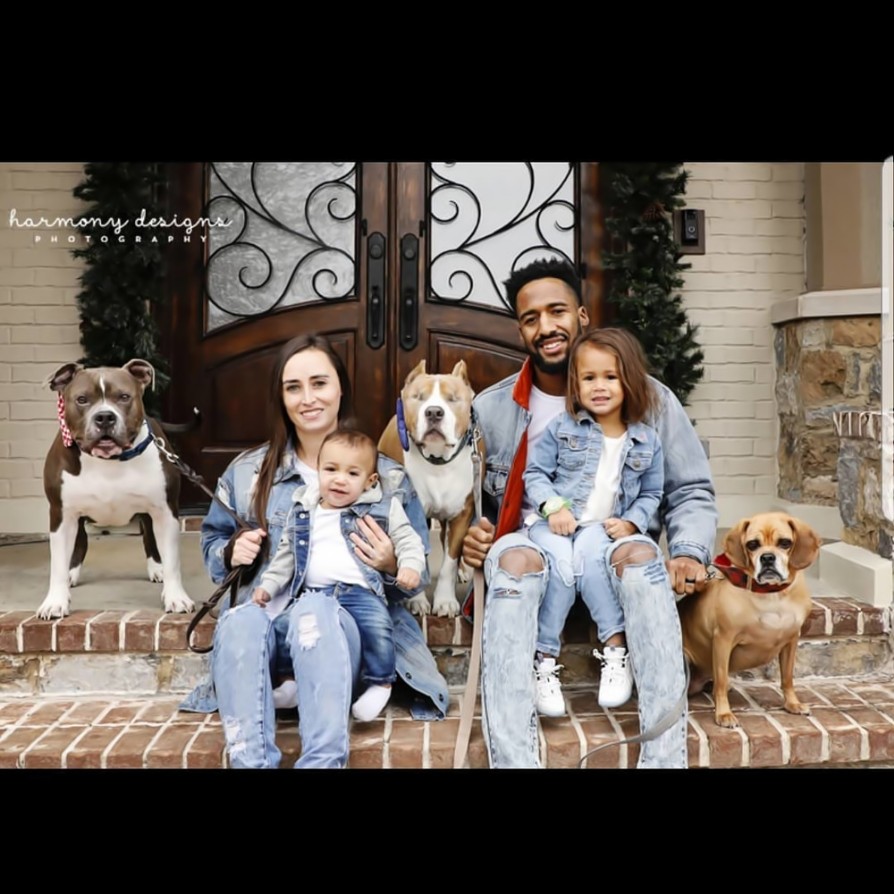